Three years ago, almost to the day, I began my first major trip around Japan. Focusing solely on Kyushu, me and three of my friends traveled to Fukuoka, Aso, and Kumamoto. However, the highlight of the trip for me was Beppu, a small town in Oita prefecture that is nationally known for its hot springs, or onsen (温泉). 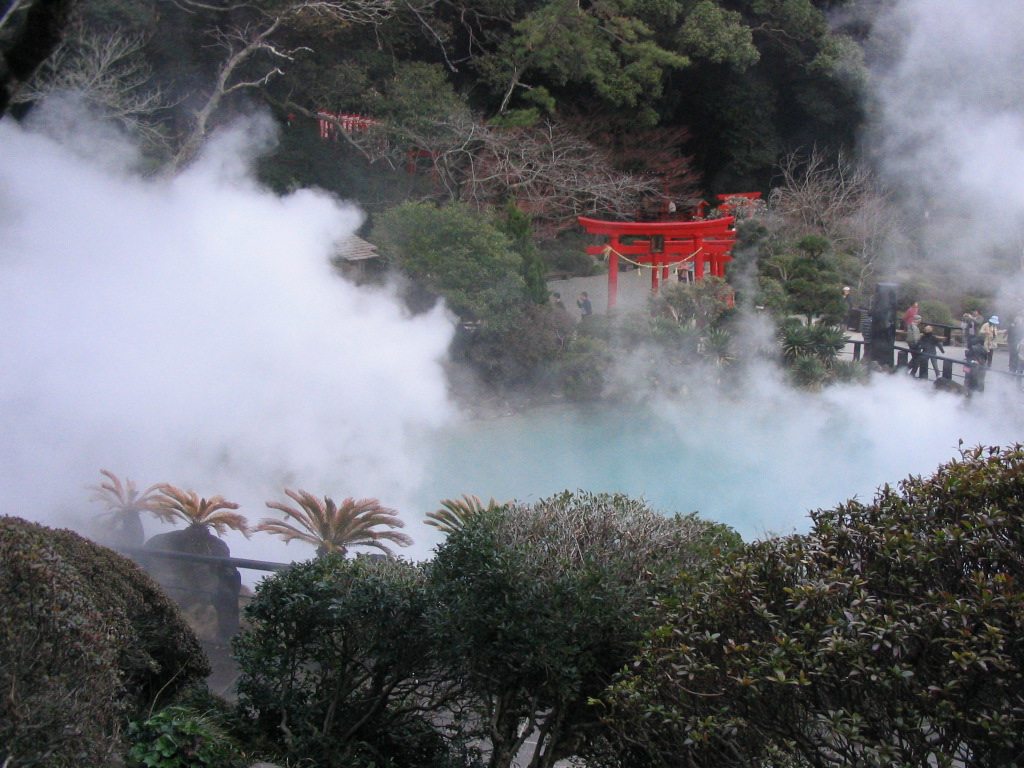 For those who don’t know about Japanese onsen, it’s basically a hot bath where you get naked and chill in soothing hot springs with other, equally naked, people. And it’s objectively one of the best things ever.

However, tattoos are generally frowned upon by Japanese society (which I’ll cover at a later date–the history is super interesting), especially at onsens. While most everyone assured me that as long as I got in without anyone noticing I was in the clear, but I was still worried about suffering the embarrassment of getting kicked out. But then I got in and went to take my pre-soak shower and noticed the man next to me. He was the size of a sumo wrestler and sitting on a tiny kid’s stool. And he had the almost-full-body tattoos of the yakuza. After that I figured I was in the clear.

Over the next couple of days we visited numerous bath houses, each with their own special hook. One covered you in hot sand, one had numerous mineral baths you could take a dip in, one had waterfalls, one was over 400 hundred years old. We could have spent our week-long trip just going to different onsen all day long and still not have gone to the same one twice.

People come from all over the country for their holiday, so if you do make it over to Kyushu, check this place out, especially during non-peak season.

*Bonus* Not too far away from Beppu is the town of Yufuin, where you can find Kiki’s Bakery from Kiki’s Delivery Service.